With widespread flooding and severe weather affecting many parts of the UK in recent weeks,  RSK Raw Managing Director Neil Stothert, whose company specialises in environmental clean-up after floods and major disasters, has been speaking to the media about the hidden risk of flooding. Writing for the Independent, the Insurance POST and speaking to LBC News radio, Neil warned about the associated risk of oil and pollution damage and why it shouldn’t be overlooked.

“There’s a hidden aspect to this week’s ongoing flooding disaster, which isn’t being properly discussed, even by the insurance companies,” Neil wrote in the Independent. While it is recognised that flooding causes widespread distress and water damage to property, “nobody is properly discussing how the floods are damaging our environment by leaking oil, and other fossil fuels, and chemicals into the ground, into the fields we grow our crops in, into our drinking water supply and into the vulnerable bodies of our wildlife”. 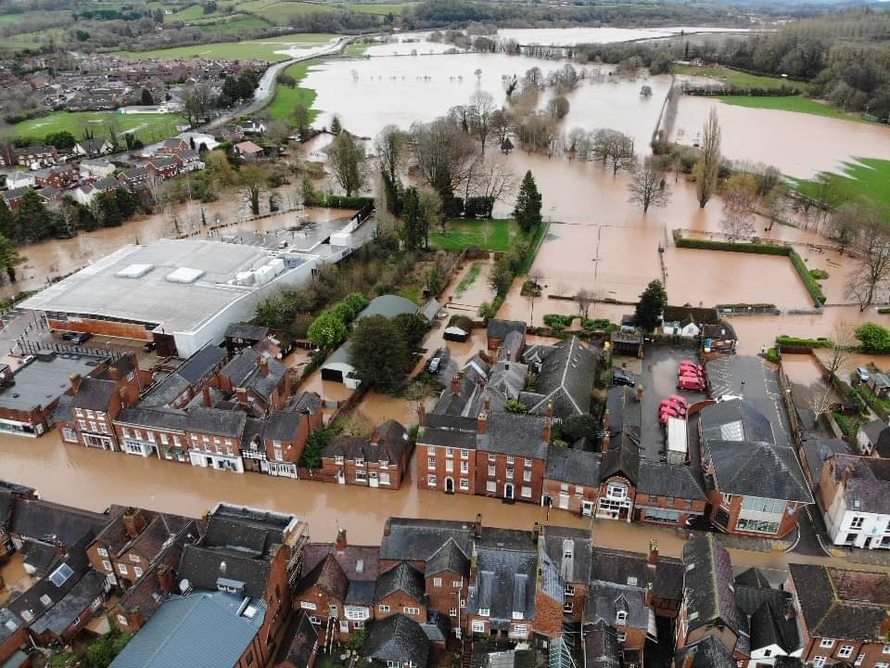 Tenbury Wells, Neil’s local area, was affected by the flooding

Many properties have oil-based heating systems, diesel tanks, slurry tanks and fertiliser and pesticide storage, which can leak when flooded. As well as damaging the property, floodwater seeps into the groundwater, contaminates neighbouring properties and risks causing severe pollution. But, “we need awareness at a national level of the environmental risks posed by flooding of any properties and sites where oil and other liquids are stored”, writes Neil. And insurers could do more to address the problem.

“Surprisingly, many people and businesses appear to be unaware of the wide-ranging environmental liabilities that can result from pollution and, consequently, are woefully underinsured,” Neil wrote in the Insurance POST. “The UK insurance industry could do much to address the problem, importantly at the point of policy sales and more fundamentally, by ensuring their supply chains for flood and associated remediation are properly coordinated and fully prepared for major flooding events.” Until then, “remediation will continue to lag behind demand”.

As for those affected by the floods, Neil advised informing their insurance companies as soon as they can: “It is imperative that if they [affected people] have an oil tank, they inform their insurance company that as well as the flooding issue, they have oil heating,” he told LBC News radio. “As the water goes down, the oil will float, and it is going to impact their properties, and worse still, it could get further into the environment and contaminate adjacent properties.”

According to the Environment Agency, England has already received more than 200% of its average rainfall so far, with some areas experiencing a month’s worth of rain in 24 hours. River levels have exceeded existing records across the country this winter, with a further 100 of the Environment Agency’s river gauges surpassing all-time readings this decade. More than 100 flood warnings remain in place.

You can read Neil’s articles on the Independent and Insurance POST  websites.