RSK company Headland Archaeology’s latest dig close to the historic Bull Ring Markets in central Birmingham, UK, has been uncovering a variety of historical finds, including preserved cattle horn cores and bones. With works recently drawing to a close, local news website BirminghamLive visited the site to find out more about the discoveries and speak with Steve Thomson, Headland Senior Archaeologist.

Headland has been carrying out archaeological investigations at the site since September 2020 in preparation for the area to undergo major redevelopment as Birmingham’s new Beorma Quarter. Over the last four months, work on the ground has involved excavations revealing evidence of Birmingham’s industrial past, including probable tanning activities, metal working and bone working. Remarkable organic preservation was encountered on the site with waterlogged wood, leather and organic environmental evidence recovered. Finds so far have included buttons, smokers’ pipes, wood that would have been used as large joists and part of the gable end of a wooden structure. And, of course, the impressive preserved horn cores.

Speaking to BirminghamLive about the cattle horn cores, dig leader Steve Thomson said: “You can tell they were substantial beasts. It is good to find that evidence and link it to certain activities that we can even see in the modern day.”

Horn cores are commonly found on sites where tanning activity was undertaken. When raw cattle hides were sent to tanners, they often had the heads attached, which may have helped the tanners ascertain the age of the animals and therefore the quality of the hide. The more valuable outer horn would have been removed and sold for use in other objects such as knife handles or buttons, to name but a few uses. 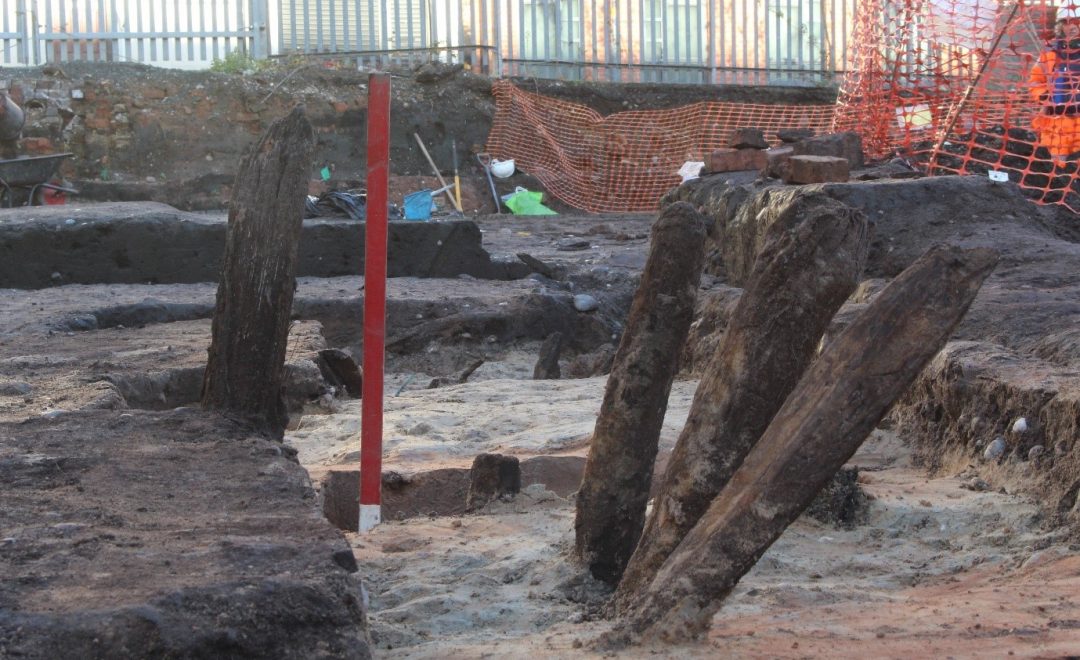 Steve added that they have also “found evidence of the tanning industry and associated lime slaking pits as well as lots of water management features including a ditch from the 13th/14th century and pottery from the same period. We still have a long way to go to understanding it all. The archaeologists were typically working to a depth of 1.5 to 2.5 metres and we were able to examine a cross-section right through the middle of the city’s history.”

Remains of two fishponds, likely dating from the medieval period were also encountered, which were revetted with timbers and posts in the post-medieval period and re-purposed for waste disposal. 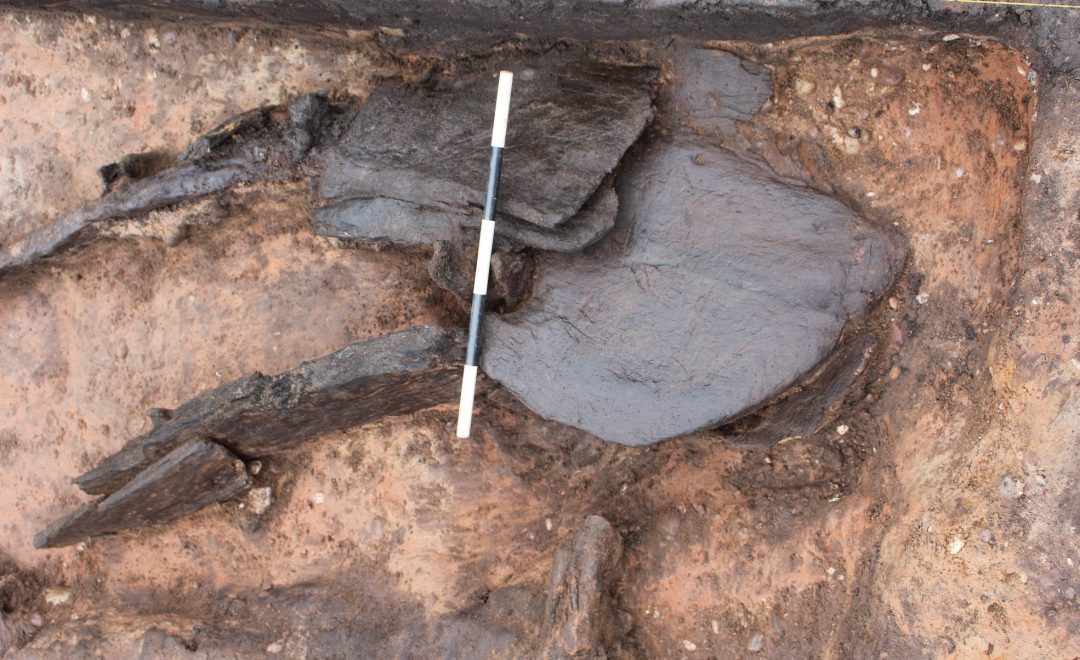 The on-site dig ended on 22 January, with further excavation to follow later in the year, but work now begins to sift, investigate and analyse the discoveries further to uncover more clues about the city’s development. The aim is to build a picture of life in this area of the city since a market charter was granted in 1166.

“One of the fundamental reasons for the excavation is the nature of the early medieval Hersum ditch dividing the town of Birmingham from the Lord’s lands which we’ve identified here on site,” Steve explained. “Essentially, we’re looking at the development of the second-largest city in Britain, from 1166 through to the modern day… it is a privilege to be involved.”

You can find out more about the dig and read the full interview with Steve on BirminghamLive. Steve also features in the video interview published alongside the article.