CAN Geotechnical, an RSK group company, is currently working on a £2.5 million project to secure the Canford Cliffs in Poole, UK. The area is part of the Poole Cliffs site of nature conservation interest.

The slope stabilisation and regrading project is focusing on a 5500 m2 section of the cliffs. The area has a history of instability and was affected by a landslip most recently in 2017. Having started work on the project in September 2020, the CAN team has been focusing on installing an array of soil nails over the slope, while removing and replacing an old retaining structure that had been installed in the 1970s. The project is expected to take nine months, with completion anticipated in early summer, 2021. 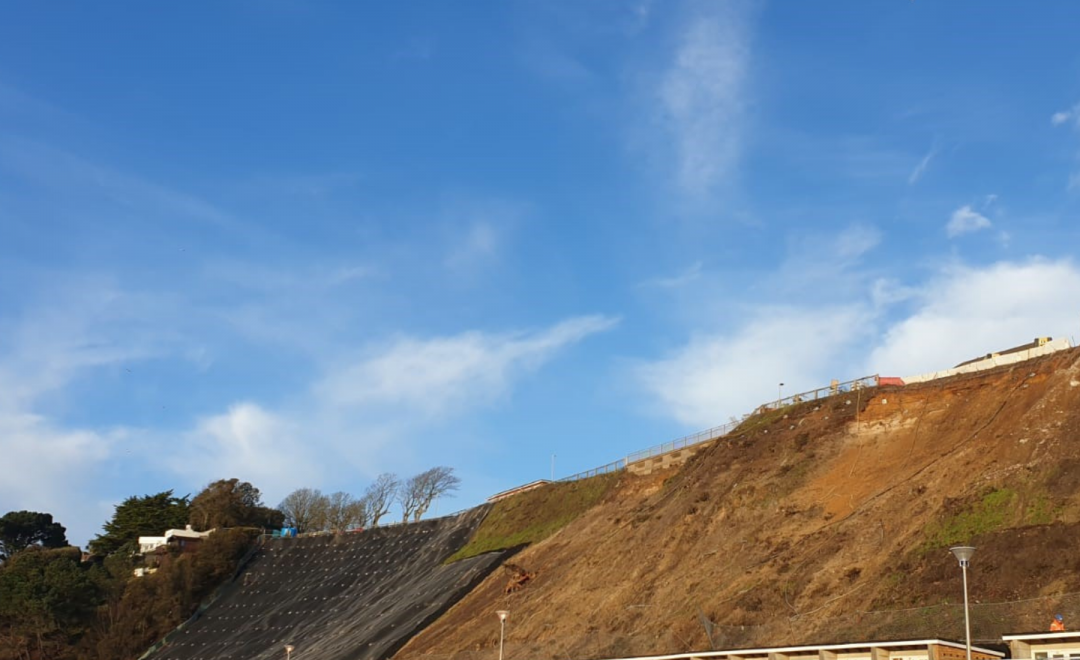 The old transverse-beam stabilisation system installed in two areas affected by landslip in the 1970s is being replaced and the areas being stabilised with soil nails. The complete stabilisation process will involve drilling 1600 corrosion-protected steel soil nails 15 m into the cliffs. A further 50 incline drains will be drilled to enable sufficient drainage to reduce groundwater levels. Lastly, an erosion-control matting system overlaid with high-tensile stainless-steel netting will be installed to cover the entire slope surface. This last phase will link together the individual soil nails so they will work together to protect against deep-seated slope failure and will form a protective, soil-stabilising layer over the cliff surface while promoting vegetation growth.

Alongside plans to secure the slope’s surface, action has been taken to protect the biodiversity of the area in consideration of its special designation as a site of nature conservation interest. Early enhancements of the area’s biodiversity involved the removal of non-native holm oak trees and heathland vegetation will replace them once the work is completed. The restoration of the crest area above the cliff to heathland will support the protected species of the cliff edge, offering improved habitats for insect and reptile populations and nesting birds. 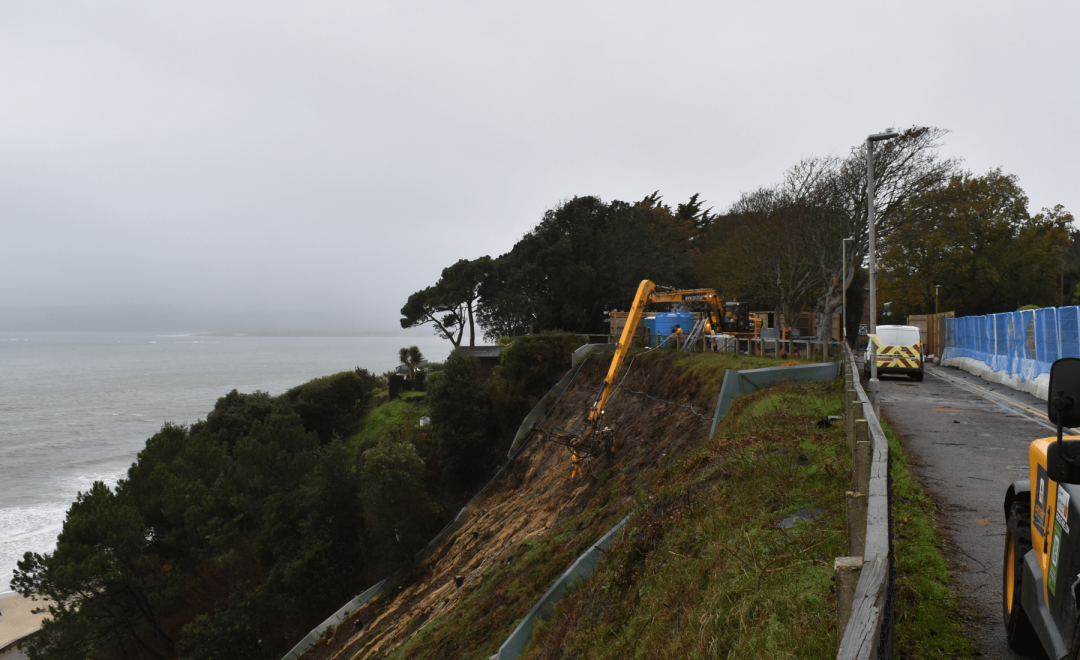 The ground engineering team has recently reached a number of important milestones in the ground stabilisation project: it has successfully installed the high-tensile slope fencing system in areas where the soil nailing is complete, and is nearing completion of the removal of the retention systems and the localised regrading. The CAN team will now continue working on the final stages of the project.

Further information about CAN’s work on the Canford Cliffs project can be found here, if you are a Ground Engineering subscriber.