RSK has renewed its sponsorship of Goose Green Cricket Club in Wigan for a second year. As main club sponsor, RSK’s logo is proudly sported on the team’s shirts, tying in with the club’s green team colours. RSK’s support will enable the club to continue playing after the economic toll of the Coronavirus pandemic.

Goose Green Cricket Club, founded in 1984, secured its own home ground in 2005, where it normally hosts three games per weekend from April to September. In 2019, the club’s first team was promoted into the premier division of the Southport and District Amateur Cricket League. Second and third teams have also continued to grow and offer opportunities to younger members of the club to get into the sport. As a result of the pandemic, the club was unable to play during the 2020 season, losing a number of its revenue streams. Maintaining the grounds for this year’s playing season has been made possible with the continued sponsorship from RSK. The sponsorship has enabled the club to continue playing, and it is looking forward to the 2021 season as outdoor sporting events become possible again. 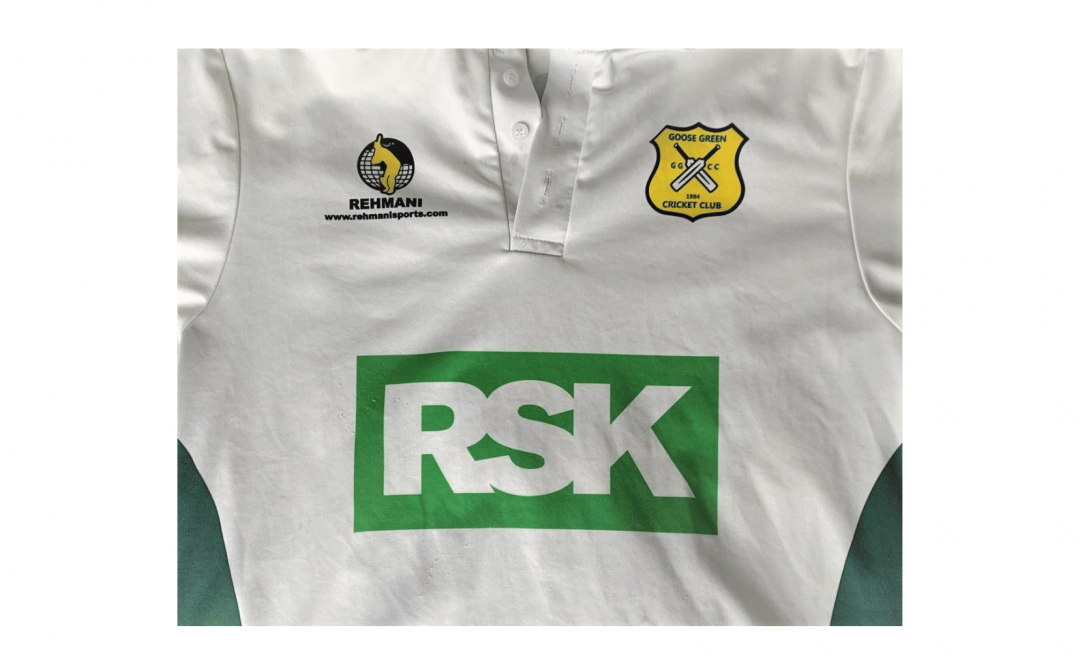 On 10 April, members of the cricket club held a sponsored walk to all the cricket clubs in Wigan. Walking between the ten local clubs, a distance of roughly 20 miles, the team raised funds to support the club through the 2021 season. Information about the club’s Crowdfunder can be found here.

“On behalf of everyone at Goose Green Cricket Club”, member Philip Burke said, “I would like to once again thank RSK for the sponsorship that has been a pivotal contribution to the survival and the growth of the club. It really means so much to us.”

The club’s first match of the 2021 season was held on 17 April at their Paris Avenue ground.

RSK is proud to have sponsored the kit and wishes the club the best of luck for the upcoming season.