Geotechnical engineering specialist CAN Geotechnical Ltd, an RSK company, has been awarded the contract to undertake the stabilisation of the 25-m-high cliff at the former Berry Hill Quarry in Mansfield, UK.

In November 2019, an extreme climatic event – unusually heavy rainfall – triggered a complex failure of the Chester formation sandstones that make up the cliff, causing a mudslide to overrun the gardens of properties in Stone Bank and Bank End Close.

Homes were evacuated; some residents were able to return immediately while others remained out of their homes for two weeks. Emergency work cleared the gardens of mud and trees and interim safety measures were then installed, consisting of an exclusion zone along the base of the cliff with a temporary stone maintenance-access path at the rear of the properties and concrete blocks and bunds to give the houses some protection. 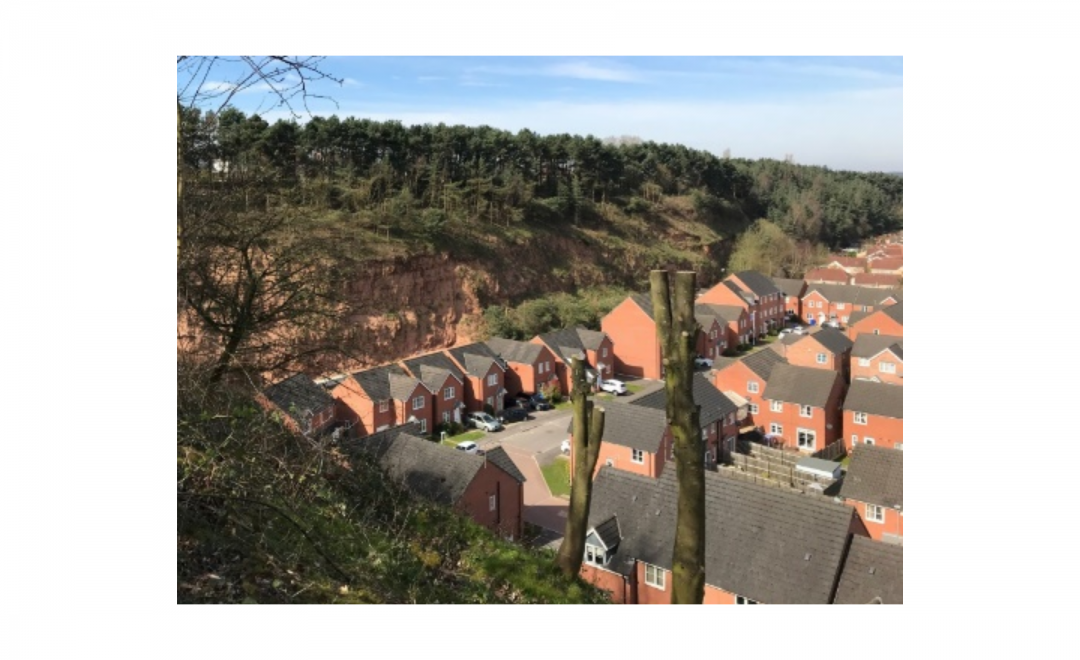 Mansfield District Council engaged geotechnical specialist Fairhurst to carry out detailed surveys and to identify optimum solutions for the long-term stabilisation of the cliff surface. The resulting scheme of work was put out to tender in April 2020 and CAN was appointed as the main contractor. The council had hoped to start the work last year but it was delayed by lengthy legal discussions with landowners. The complicated access arrangements were recently finalised, which enabled work to start on the site in March 2021.

The importance and urgency of the work had become apparent owing to further small slippages that had happened in the previous few months, fortunately contained within the exclusion zone and behind the barriers that were installed by the council in November 2019.

Following the removal of vegetation on site, CAN is ready to progress the project and stabilise the cliff face itself by installing over 3800 soil nails drilled up to 8 m deep and laying 9000 m2 of high-tensile-steel rock netting and erosion matting over the cliff face, which will be secured by the soil nails.

The final stage of the stabilisation process will be the installation of a high-capacity catch fence that will run along the base of the cliff face, providing additional security against any future instability.

Once the cliff has been safely stabilised, it will be possible to reinstate residents’ gardens and fencing, along with the existing pathways.

Work on the Berry Hill Quarry stabilisation project is due to last for 22 weeks on-site, with work planned to be complete by midsummer.

For details about this project, any of CAN’s other recent projects, or any of the company’s products and services, visit the company’s website at www.can.ltd.uk or call +44 (0)1474 538100.