RSK Acoustics and Spanish architecture firm Naza Arquitectura y Diseño have released their proposed design for the National Concert Hall in Vilnius, Lithuania, which was submitted to the Vilnius Concert Hall International Architectural Design Competition in 2019. Although it was not chosen as the winning design, the original proposal has been published in World Architecture and e-architect magazines. The acoustic design was led by Antonio Sanchez from RSK and Nazareth Gutierrez headed the architectural component.

The international architectural design competition for the National Concert Hall invited architects from all over the world to design one of the most important future spaces in the capital city of Lithuania.

“The competition was aiming to find the best architectural and planning solutions for the National Concert Hall and the surrounding area, taking into account the urban and natural conditions of the venue,” notes World Architecture. “The competition asked participants to find an exceptional, outstanding, original design in terms of artistic expression and architectural concept.”

RSK Acoustics submitted a proposal in collaboration with Naza Arquitectura y Diseño. Recognising that the new landmark needed to preserve the unique character of the existing building façade and the historical importance of the area, the design proposed protecting “the four facades of the old existing building as part of the interior distribution and [forming] a new external façade of translucent glass. In this way, a double skin is created in which the facilities are arranged. Complementary to the amenities, the Grand Hall is located in the footprint of the old building creating an unprecedented view.” 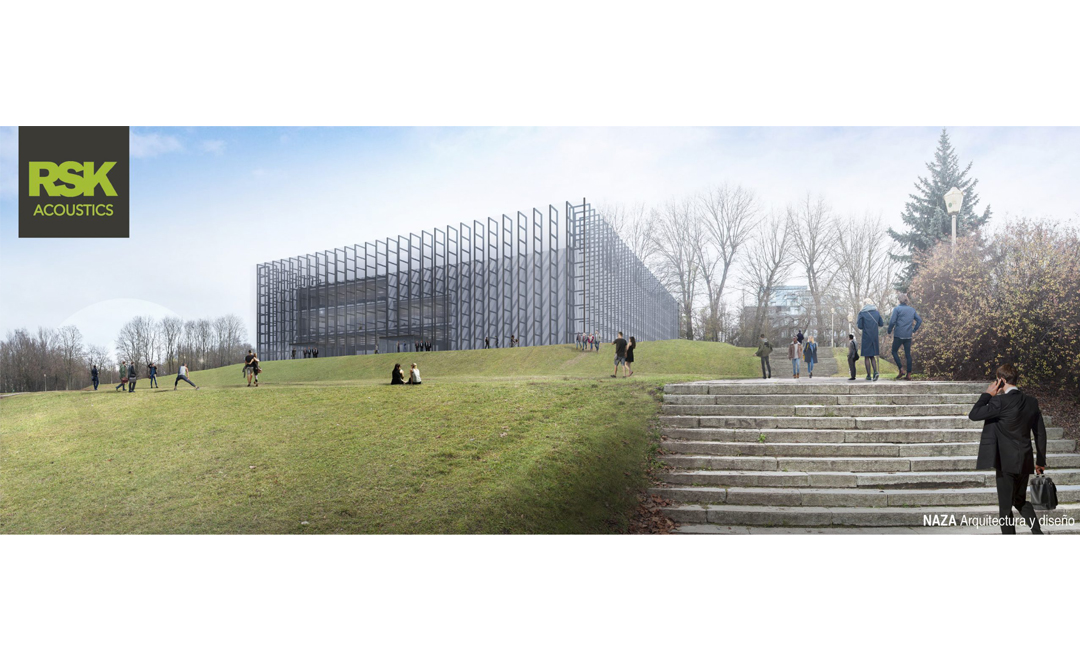 The design included an exhibition space, a restaurant, a small hall, backstage areas and rehearsal rooms, and laid out plans for public transport, accessibility and cycle lanes adapted to the new layout, which recognised that it would be built on one of the most important pedestrian routes in the city. The stand-out area, the main hall, was configured in a vineyard style. “A total of nine spheres form the entire room at various heights and sizes [and] 1812 seats are configured around a central point.” 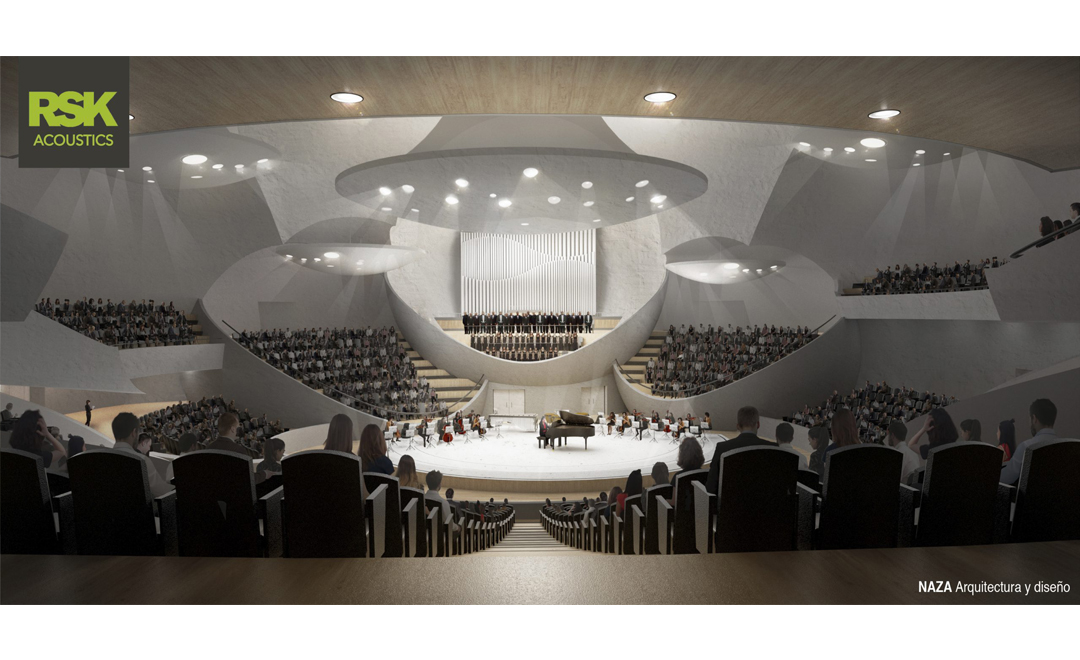 The main concert hall area was, of course, designed with acoustics in mind: “The main priority has been the creation of a concert hall, which manifests itself at first instance in the form of challenging concave geometries, that achieves the highest possible acoustic performance. During the design process, a refinement of shape and layout of the hall has been undertaken by focusing on lateral efficiency, reverberation time but especially the prevention of the focusing effect (echoes) associated with spherical geometry.

“Within the hall, intricate finishes have been used to model the sound by specifically aligned deflecting surfaces, semi-hidden behind spaced wooden slats that break the spherical shapes acoustically, creating strong reflections from many directions and subsequently preventing echoes. Furthermore, balcony fronts have been placed in a way that takes advantage of spherical convex shapes, increasing diffusion through the hall and blending sound quality and pushing the boundaries of the live concert experience.” 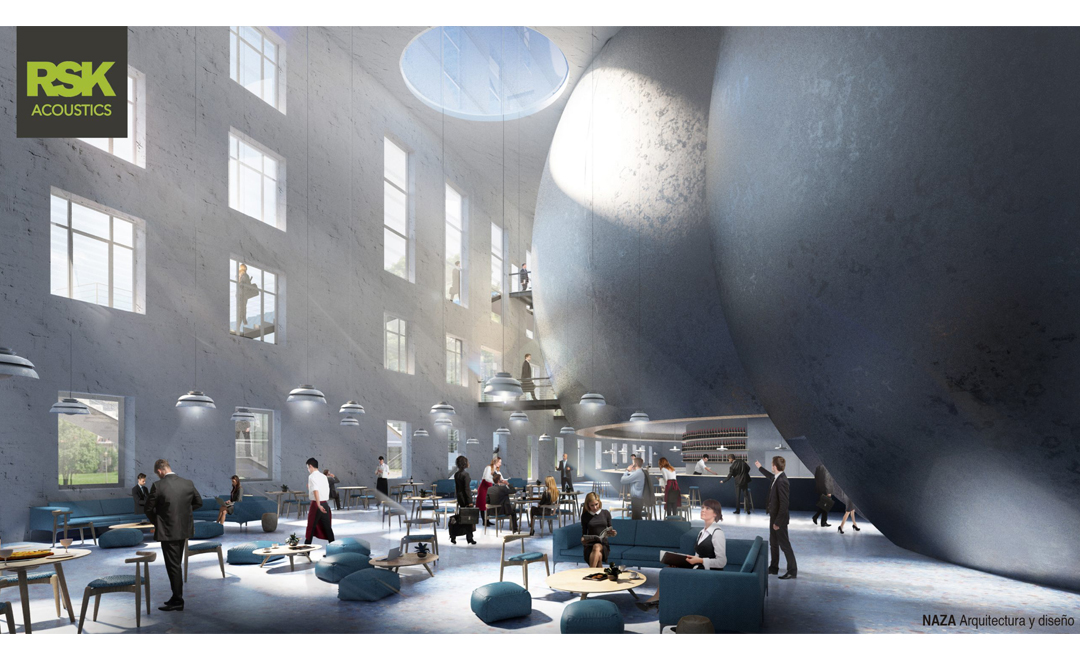 You can view the full proposal in World Architecture and e-architect.