In March 2021, Current Archaeology magazine featured archaeological discoveries by Headland, an RSK company, which were made while excavating an area to the north and south of Netherhampton Road near Salisbury.

The highlight of the piece was an infant burial featuring a near-complete Beaker vessel. Beakers were a distinctive form of pottery that emerged in Britain about 4500 years ago. As well as the bell-shaped vessels that gave this culture its name, the Beaker ‘package’ included other innovative artefacts such as stone wrist guards, copper daggers and gold ornaments that may have been worn in the hair, and new cultural practices, notably funerary customs that typically featured crouched burials accompanied by the eponymous pots. Archaeologists have been analysing these vessels and their rise to prominence during the late Chalcolithic and Bronze Age (2500–1700 BC) for decades, trying to deduce how Beaker people and the cultural changes that travelled with them were disseminated, and what exactly people used their beakers for. 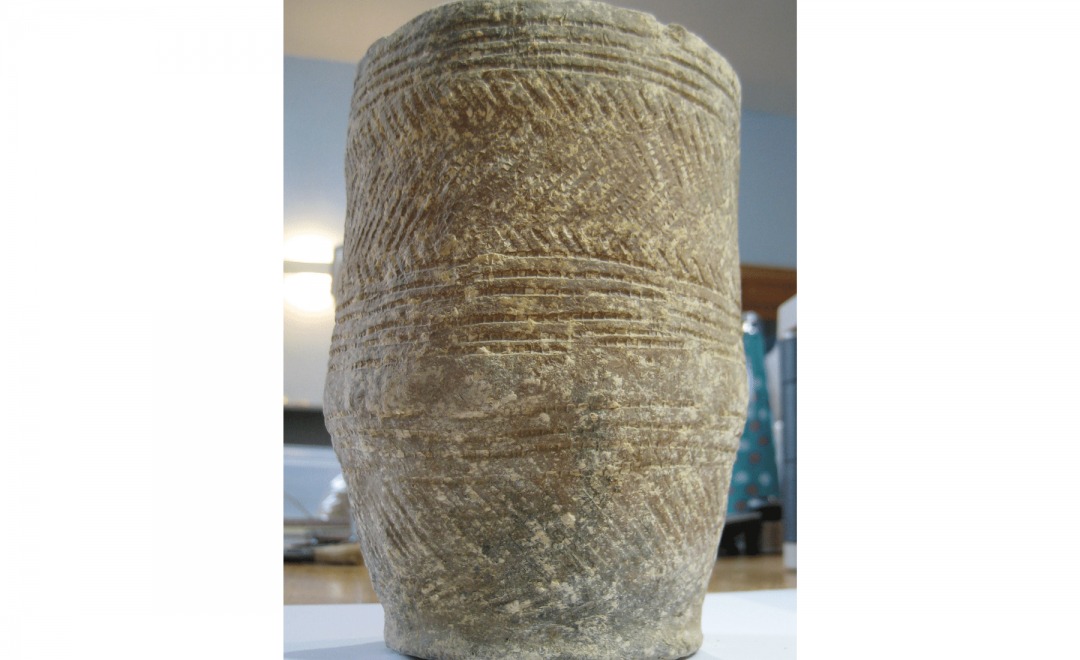 Some of the most famous Beaker burials include those of the Amesbury Archer and the Boscombe Bowmen, who were all laid to rest in the Stonehenge landscape and were named after the archery-related paraphernalia, often associated with Beaker burials, that accompanied them.

In 2018–19, Headland carried out a geophysical survey and then a trial evaluation of the Salisbury site, to help inform a planning proposal for residential and commercial development. The geophysics revealed a host of interesting anomalies, so 137 trenches were opened across the site to investigate these results. While excavating the ring ditch around a barrow, archaeologists discovered an oval-shaped grave cut, measuring 1.38 by 0.94 m and 0.78 m deep. Its occupant was much smaller than these dimensions might suggest, though; the burial was that of a young infant, who had been nestled next to an almost-intact Beaker vessel. 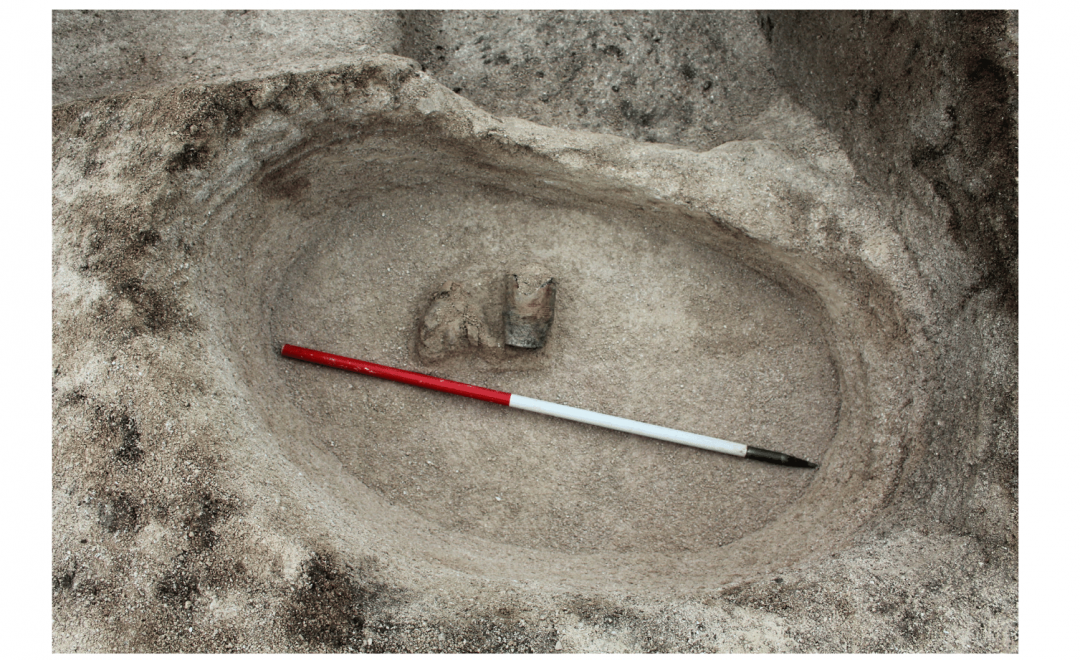 The skeletal remains were fragile and had only partly survived, so the burial was block-lifted and transported to Headland’s offices to be carefully excavated under laboratory conditions. There, it was estimated that the infant was about nine months old (+/- 3 months) at the time of its death. Owing to its young age, it was not possible to determine the sex, as indicative skeletal characteristics do not appear until after puberty. 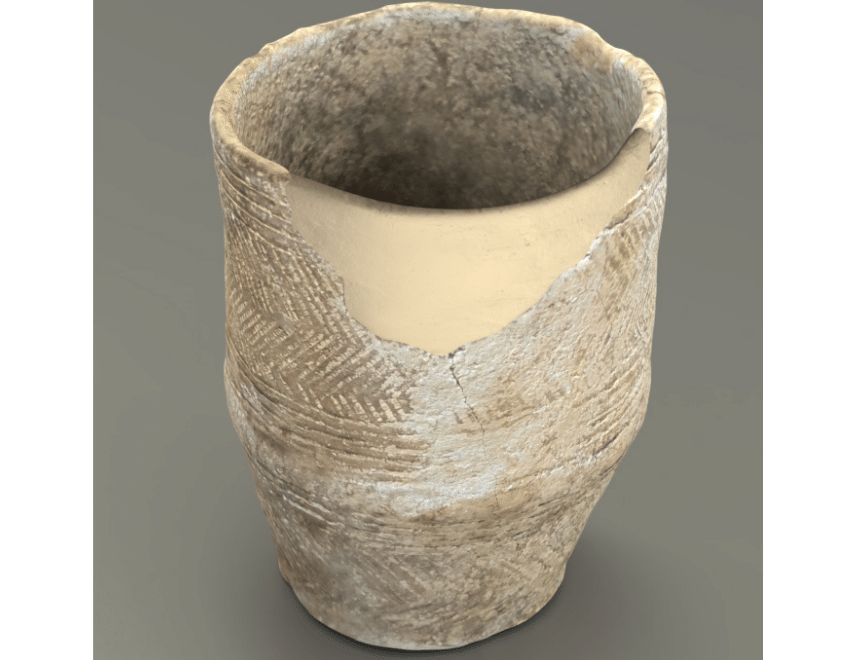 The beaker accompanying the child was judged to be too delicate to risk further transportation to a pottery expert, so high-resolution photos and a photogrammetric model were put together and sent to the specialist, who determined that the vessel was most likely to be a low carinated beaker. This was an exciting development, as such pots tend to be from early in the Beaker sequence. It was decorated with comb impressions forming simple but clear geometric patterns: alternating rows of horizontal lines and chevrons.

As the discoveries from this site came from trial trenching, they only present a partial picture of what lies beneath the surface, but they do provide an exciting range of ‘hot spots’ for potential targeted fieldwork and give a fascinating snapshot of a small part of Wiltshire’s past.

If you are interested in reading the full article, it is featured in Current Archaeology edition 373. Back issues of the magazine can be purchased on the magazine’s website here.