RSK has had a successful Brownfield Awards 2020, named as the winner in the Best Public Engagement and Participation; Best Re-use of Materials; and Best Infrastructure Project categories. The winners were announced last night, 19 November, at a virtual awards ceremony.

The Mersey Gateway project, for which RSK provided extensive environmental support and RemedX, an RSK company, undertook specialist remediation work, triumphed in two categories: Best Re-use of Materials and Best Infrastructure Project. The £1.86-billion scheme, a remarkable example of civil engineering, resulted in a 2.3-km, six-lane toll bridge spanning the River Mersey with associated new and upgraded linking infrastructure. The bridge opened in October 2017, but the project included extensive earthworks and remediation that were not completed until October 2019.

The legacy of heavy industry, particularly that of chemicals manufacture and processing, in the areas adjacent to the river meant that a wide range of ground contamination was present. RSK worked closely with its project partners and used detailed risk assessments to develop and apply a highly innovative solution to enable the reuse of large quantities of arsenic-contaminated soil within the scheme, thereby avoiding off-site disposal and achieving successful remediation. 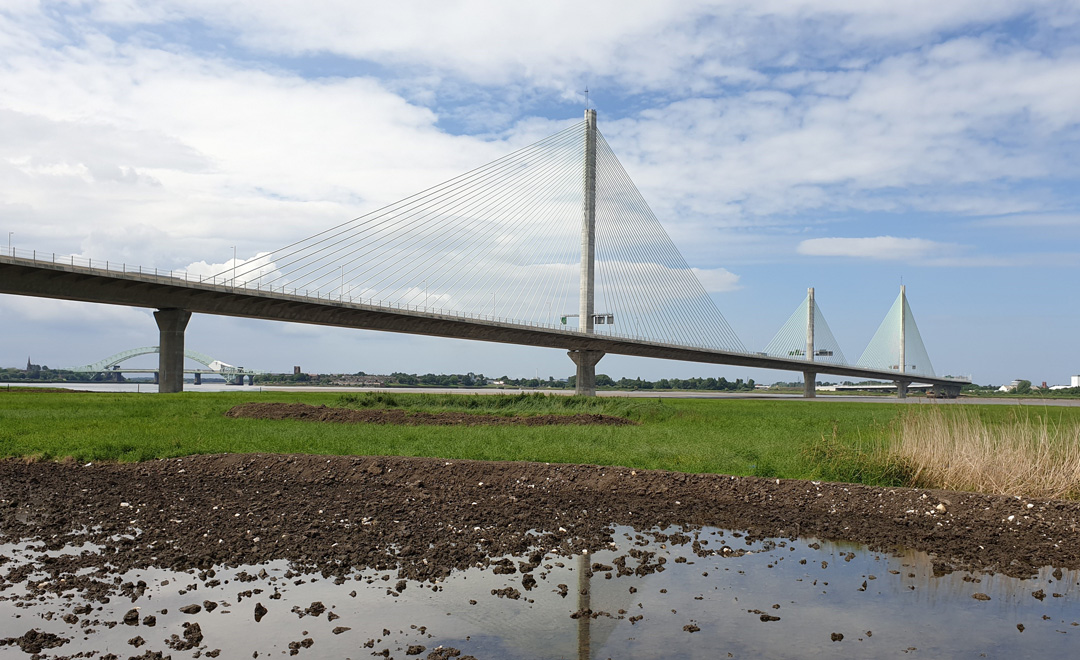 The services that RSK provided to the client included contaminated land consultancy (including the placing of staff on long-term secondment), site investigation, remediation supervision, archaeology, regulatory liaison and wider environmental services. Specialist RSK remediation contractor RemedX worked in partnership with the main contractor to ensure that the soil remediation remained compliant and that all the soil, groundwater and surface water treatment was completed under its mobile treatment permit. RSK in-house laboratory Envirolab provided chemical testing throughout the project.

Environment Analyst Director and Brownfield Awards judge Ian Grant interviewed RSK’s Haydn Keen, Project Director, and Stephen Pettitt, RSK Technical Director and contamination specialist for the Merseylink Civil Contractors Joint Venture for the duration of the project. A link to a recording of the interview is available here.

Meanwhile, it was RSK’s involvement in the high-profile Buchanan and St Ambrose High School Campus Independent Review that earned it joint top spot in the Best Public Engagement and Participation category. After concerns were raised about the safety of the schools, which were built on a former landfill site in Coatbridge, central Scotland, and had featured heavily in national and local news, the Scottish Government commissioned an independent review of the campus. RSK was appointed to investigate and assess the soil conditions on-site and establish the risks to school users posed by any contamination found. The project demonstrates how exemplary stakeholder engagement, combined with rigorous independent investigation, was effective in resolving the concerns that had been raised about land contamination and the possible health impacts at a major school campus.

Now in its 16th year, the Brownfield Awards (formerly Brownfield Briefing Awards) are dedicated to recognising best practice in the brownfield, regeneration and contaminated land industry.

🤝 At COP27, delegates from across the globe debated vital issues from expediting clean energy solutions to ensuring financial support for nations on the front lines of climate change.

🤔 As we are looking ahead to what the Convention on Biological Diversity (COP15) will bring, we asked specialists from across the RSK group what impact the agreement has had on their sectors and regions.

Amelia Houghton from RSK Biocensus having a wonderful time on-site!

👏 Steven Carmody, Managing Director at SCP Infrastructure, an RSK group company, has been re-elected to the national council of the Chartered Institution of Highways & Transportation.

💚 "I take great pride in seeing things being built and leaving a long-term legacy for our world.”

Find out more about Steven's work in our bio!

🤔 Do you ever wonder what COP15 really is and why does it matter to you and your business?

💚 Dr Stephanie Wray, RSK Group’s Chief Sustainability Officer and Managing Director of Nature Positive, gives us a clear explanation about why it is essential for the business community to understand the opportunity that is COP15.

Some great pictures from the team at @centara_ltd out on-site surveying with a laser scanner.

🤝 @facaderemedialconsultants' Managing Director has written to Housing Secretary Michael Gove to highlight concerns around new regulations such as the Building Safety Act 2022 and the developers’ pledge – Mr Gove’s bid to reset building safety in England.

Find out what he requested in our bio!

🌍 COP15, the upcoming UN biodiversity summit, aims to set out a plan for how countries will work together to achieve a nature-positive world by 2030.

💡 Join the COP conversation as RSK reports live from COP15!

Register for our free webinar in our bio!

💡 In this insight, Dr Hamish Moir and Peter Downs from @cbec_eco_engineering_uk, an RSK company, explore how sustainable approaches to river management can help protect us from flooding and droughts.

Jiano Pulickal from @structuralsoils took Bertie Bear around the site for the day!

This website uses cookies to improve your experience while you navigate through the website. Out of these, the cookies that are categorized as necessary are stored on your browser as they are essential for the working of basic functionalities of the website. We also use third-party cookies that help us analyze and understand how you use this website. These cookies will be stored in your browser only with your consent. You also have the option to opt-out of these cookies. But opting out of some of these cookies may affect your browsing experience.
Necessary Always Enabled
Necessary cookies are absolutely essential for the website to function properly. These cookies ensure basic functionalities and security features of the website, anonymously.
Functional
Functional cookies help to perform certain functionalities like sharing the content of the website on social media platforms, collect feedbacks, and other third-party features.
Performance
Performance cookies are used to understand and analyze the key performance indexes of the website which helps in delivering a better user experience for the visitors.
Analytics
Analytical cookies are used to understand how visitors interact with the website. These cookies help provide information on metrics the number of visitors, bounce rate, traffic source, etc.
Advertisement
Advertisement cookies are used to provide visitors with relevant ads and marketing campaigns. These cookies track visitors across websites and collect information to provide customized ads.
Others
Other uncategorized cookies are those that are being analyzed and have not been classified into a category as yet.
SAVE & ACCEPT